Rob brings five years of recent executive management experience from SolarCity. Rob acted in various executive capacities for SolarCity from the company's inception. His direct supervision of over 20 thousand of residential and hundreds of school and government sales and installations, made Rob a key player in positioning SolarCity as an industry leader resulting in their highly successful IPO in late 2012.

Rob helped build SolarCity's corporate-wide sales team and served as regional vice president for commercial and residential sales and operations in Washington, Oregon, northern California, and Hawaii. He was instrumental in more than 20,000 solar systems being sold and installed in the last few years.

Robert began his professional career in 1985 traveling extensively nationally and internationally as a top industrial sales and design specialist for SVECIA MFG, headquartered in Norsborg, Sweden. Rob applied for and received his first business method patent for the screen printing industry designed to mitigate the "negative macro-economic" effects on the textile labor industry created by the passage of NAFTA legislation on American factories.

After relocating to Oregon in 2008, Rob began working on business model using a new renewable energy based revenue approach to fund our community afterschool and special needs classroom programs and soon after formed kindredSun™. KindredSun a company built as a public / private funding "bridge" built on the concept of a public energy trust or entitlement protected by filed patents for "energy produced by a community for its own interests" and very soon after, created a working program to serve and benefit our youth and their schools.

Rob graduated in 1985 with a degree in Microprocessor Architecture and Telecommunications Technology from DeVry Technical Institute in Woodbridge, NJ.

General partner's representative and head of asset management and investor relations for over 250 limited partnerships. Areas of expertise include strategy, finance, and business development.

Professional services include developing financial projections, valuations, business plans, commercialization plans, and debt and capital analyses; conducting due diligence assessments for acquisitions, joint ventures, lenders and investors; evaluating potential acquisitions and dispositions; and providing business advisory services that occasionally include functioning as an interim manager in one or more capacities.

Chairman of the Board

Andrew joined the kindredSun™ business team in 2009 as a research and development specialist. Andy's incredible attention to detail and background in engineering can be found everywhere in the kindredSun™ program design and social benefit outcomes. From patent research to incorporation, legal issues and business model pro forma accounting.

Andy has delivered everything the company has needed from finance to design to make this ground breaking renewable energy to social benefit business model a reality. Andy became a our first capital investor and Partner in 2012.

Andy has worked in the semiconductor industry for the last 14 years with Edwards Ltd. During this time he has specialized in process gas abatement and vacuum support systems for semiconductor factories.

Prior to that Andy served in the US Navy as a nuclear power technician on surface warships. Andy specialized in main propulsion and electrical turbines along with their support systems.

Andy graduated with a degree in Mechanical Engineering from the University of Nevada, Reno in 1996. Additionally, Andy graduated from the US Navy's Nuclear Power School in Orlando, Florida, specializing in shipboard nuclear mechanical systems. Andy currently resides in Beaverton, OR. 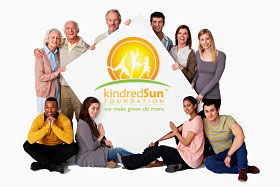 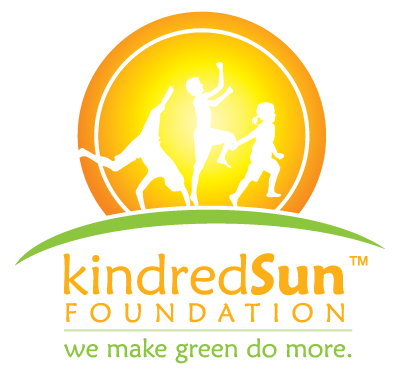 The vision of kindredSun™ is to "make green do more" by creating innovative commercial programs for the public's benefit. We do this by using community-based partnerships to generate revenue for local schools, businesses and communities, while at the same time protecting the environment.

We pledge as a "for public benefit" corporation to not only protect our environment by supporting clean renewable energy, but our youth and residents who live in it by delivering as promised all revenues and social benefits contained in our charters and agreements. We will above all stand behind our programs and adhere to the letter and spirit of our agreements made with and in the public trust.